A Guide to Rock Climbing in Golden 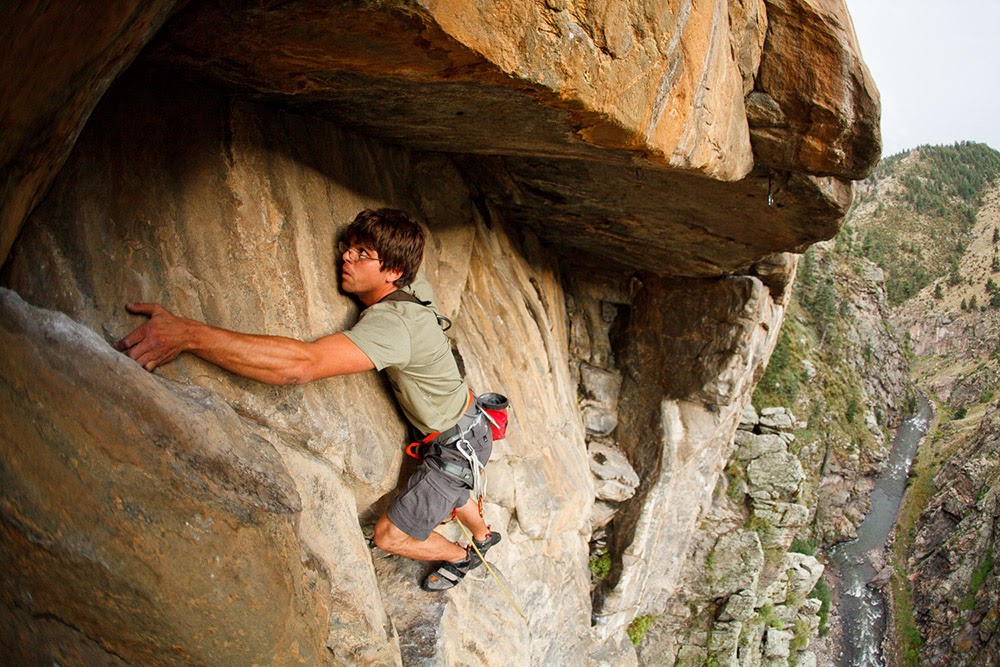 If you ever hang out with climbers, it won’t take long before they’re name-dropping the valley, the red, the gunks, the new. Though worthy of adulation, these famous climbing areas are known as much for their crowds as their world-class rock.

One area you won’t hear mentioned is Golden. Yet, maybe you should.

With 2,000 climbing routes within 15 minutes of downtown, abundant sunshine, year-round climbing options and a plethora of climbing gyms, Golden is quietly a climbing paradise.

Perhaps it’s why the American Alpine Club and Colorado Mountain Club are both headquartered in downtown Golden? Or why Coors decided to open a brewery there just to serve all the thirsty climbers?

Either way, whether you’re a Golden local who’s curious about climbing, or an Arc’teryx-wearin’, Magnus Midtbo-watchin’, Sprinter van-drivin’ climber considering a move to Golden, here’s everything you need to know about climbing in Golden. 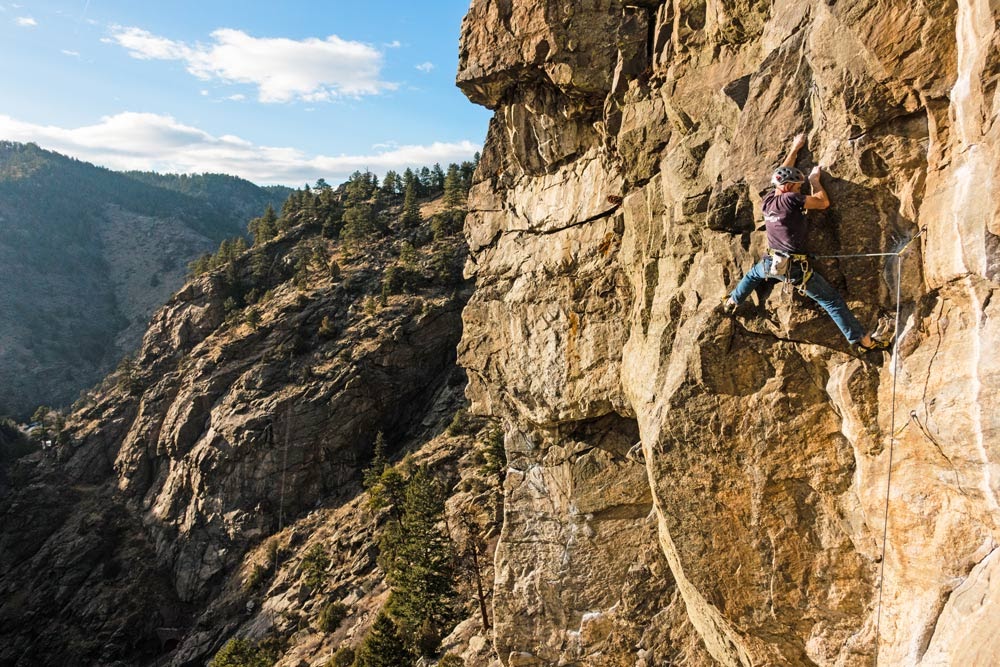 Just 10 minutes from downtown Golden, Clear Creek Canyon offers more than a thousand climbing routes in a beautiful mountain setting. The routes are mostly single-pitch sport climbs, along with a selection of multi-pitch, trad and boulders.

The rock varies from gneiss and schist to granite. On nice-weather weekends, the canyon can feel crowded. But thankfully the 80+ climbing areas are both accessible and within a short drive of each other, allowing you to easily hunt down an open route.

As for crag recommendations, here’s what Mountain Project has to say:

While the individual areas here tend to be specialized with regard to the route type and difficulty, the canyon as a whole has a variety of ratings. Beginners should look into the High Wire Crag, Catslab, Little Eiger, Red Slab, and the Canal Zone, while excellent difficult routes abound from the Primo Wall, Wall of the Nineties, Anarchy Wall, The River Wall, and New River formation. Clear Creek also offers nice winter climbing options such as the Red Slab and the Dog House. 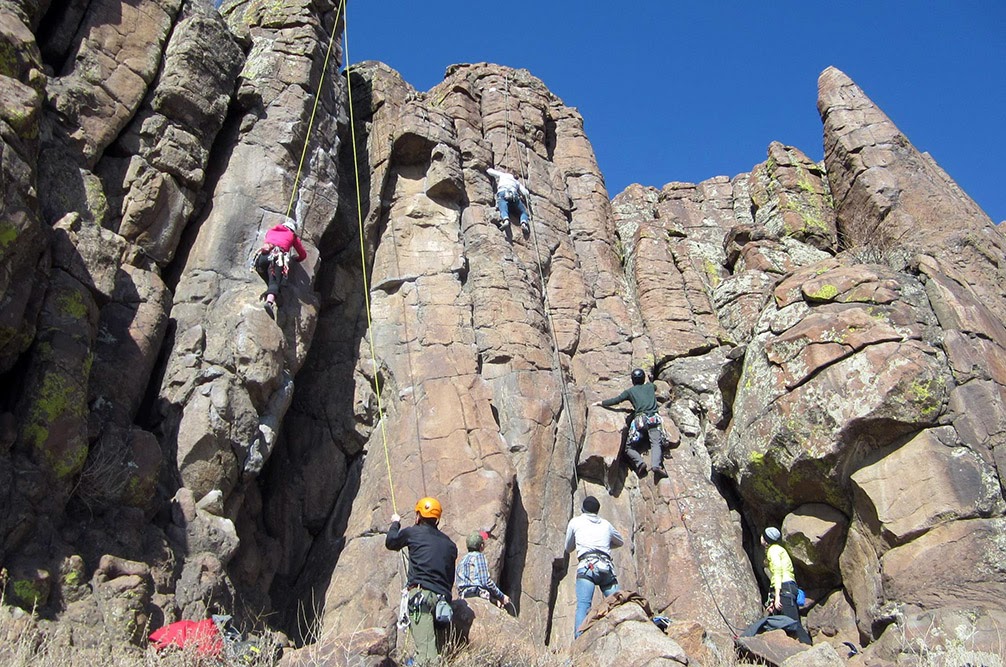 As I write this post from the Golden Group office in downtown Golden, I’m staring out the window at North Table Mountain. In terms of accessibility, this crag can’t be beat. From the parking lot on Peery Parkway road, just walk up the obvious trail and bam—welcome to Denver’s closest crag.

The climbing ain’t bad either. Though most routes are short (less than 60-feet) and polished (did I mention it’s Denver’s closest crag?), there’s a nice range of accessible sport climbs and top-rope routes for beginners and intermediates alike.

The best part about North Table Mountain? The sunshine. Ahhh, the warm, glorious, neverending sunshine. As a south-facing crag high on a mesa, North Table gets drenched in sun, making it the best winter crag in the front range.

Other outdoor crags around Golden

Burned through the 1,700 routes above? Don’t move to Rifle just yet. Golden has a few more tricks up its sleeve.

Here’s a selection of lesser known crags, still worthy of checking out: 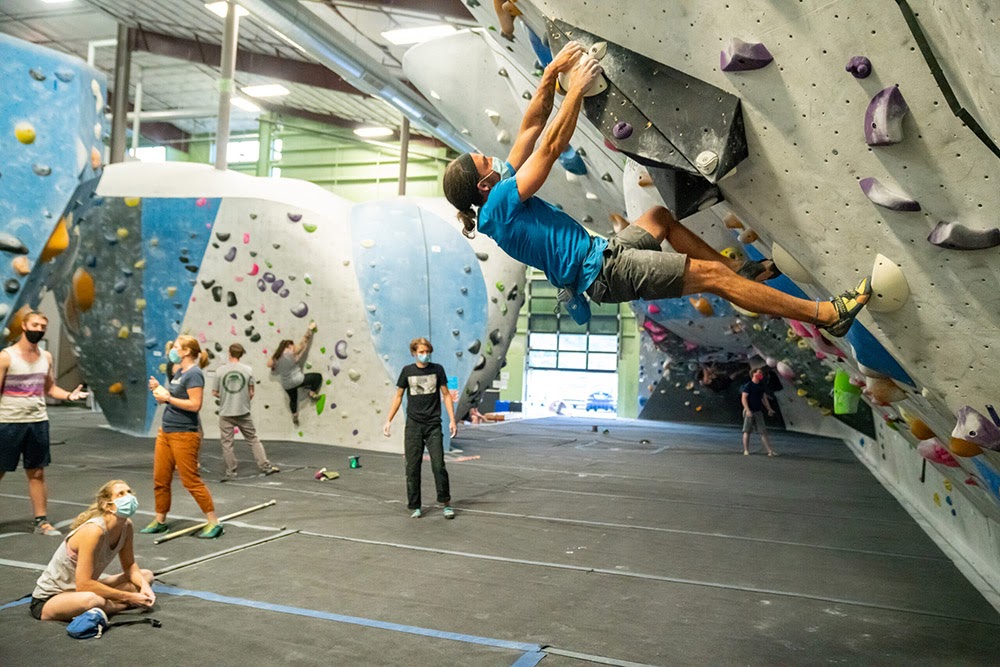 The bouldering area at Earth Treks in Golden. Photo credit

Even with all the primo outdoor climbing in Golden, let’s face it: sometimes you can’t be bothered to brave the elements or fight the rattlesnakes outside. We get it. For these times, you have Earth Treks.

Located on Golden Ridge Road in Golden, Earth Treks is a 28,500 square-foot mecca of indoor climbing and bouldering. I can’t praise this gym enough: The community is warm and welcoming. The fitness and yoga classes are excellent. Plus it has clean bathrooms, nice equipment, friendly staff, a gear shop, parties—everything you could want in a climbing gym.

Things are a bit weird now with COVID. As of February, many of the amenities are still unavailable. Right now, you need a reservation to climb, and reservations are only available during most times to members and punch card holders. With any luck, however, things will return to normal soon, and everyone should check out this world-class climbing gym!

Other climbing gyms near Golden

Here’s our five favorites, all included with an Earth Treks membership:

There you have it! A guide to rock climbing in Golden.

Just when you thought Golden couldn’t get any cooler, you’re now privy to one of the most underrated climbing areas in Colorado.

Just don’t tell those climber bros at the party…